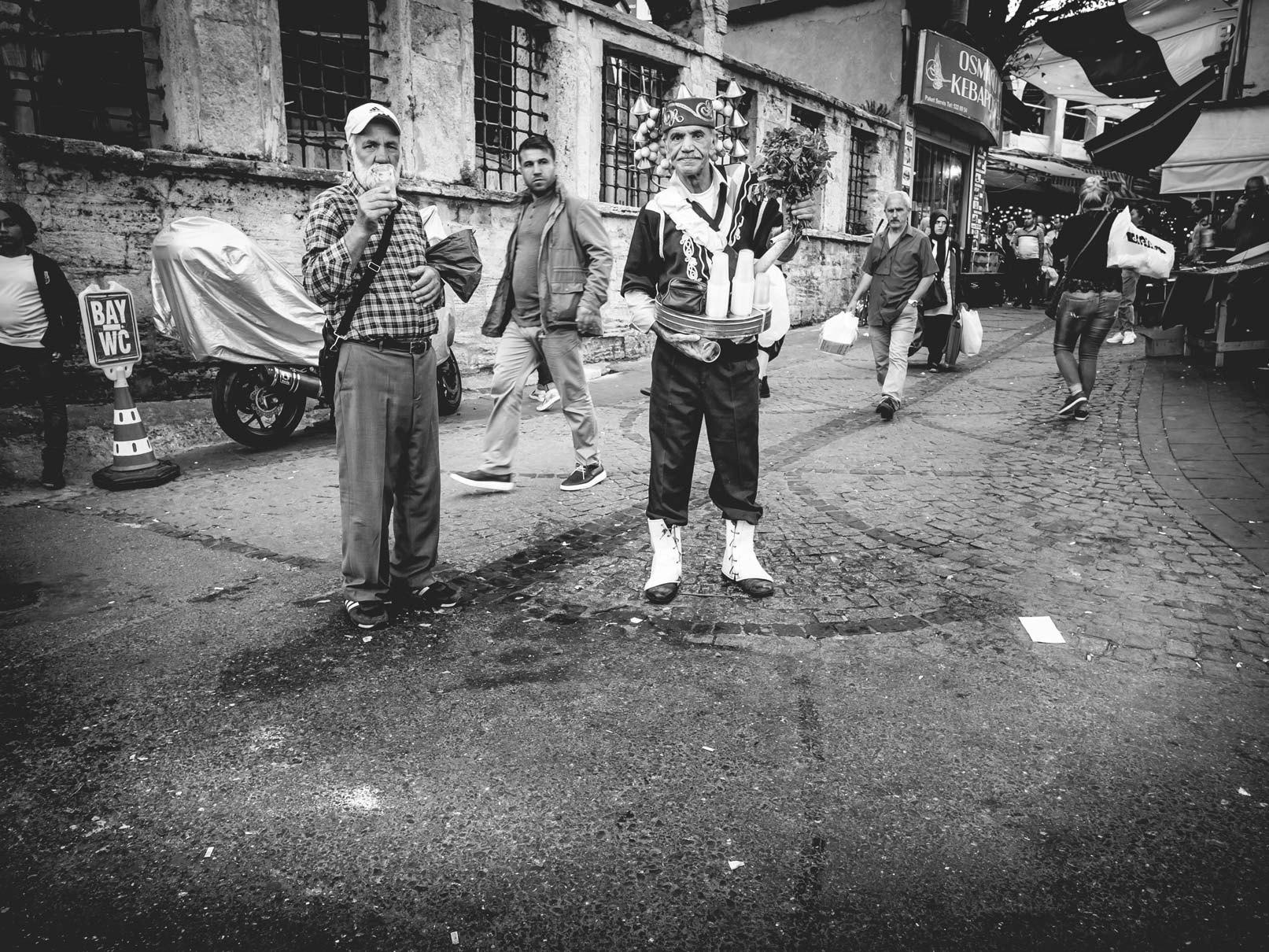 This is where I ended up in a very important place on my photo trip. It almost seems as if I had been waited for. Two older men greet me and want to sell me something. With cups and tablets they try to attract my attention and present something to me. Their glances? Hard to beat in clarity. It is a mixture of hope for a business, for cash, and the pride of one’s own work.

For the many other people in the area this seems nothing unusual. In the background there are many areas where people sit relaxed, enjoy a cool drink and eat their meals. The man in the traditional clothes tells that he already sells lemonade in the third generation. He is happy that he can give his children a better education and a better future. And what about the family tradition? It now ends with him. He will be the last one to follow this custom, which has been passed down over generations.

It seems planned, but especially too similar. Everything that connects is reduced to the looks themselves, to the gestures, symbols and details. Many people do it differently from me. Rigid and direct, they pass both of them by. She is not interested in the story behind these people. But isn’t that the fascinating thing? But what remains is the memory. A thought of the manifold people in an even more diverse environment. True moments for eternity.