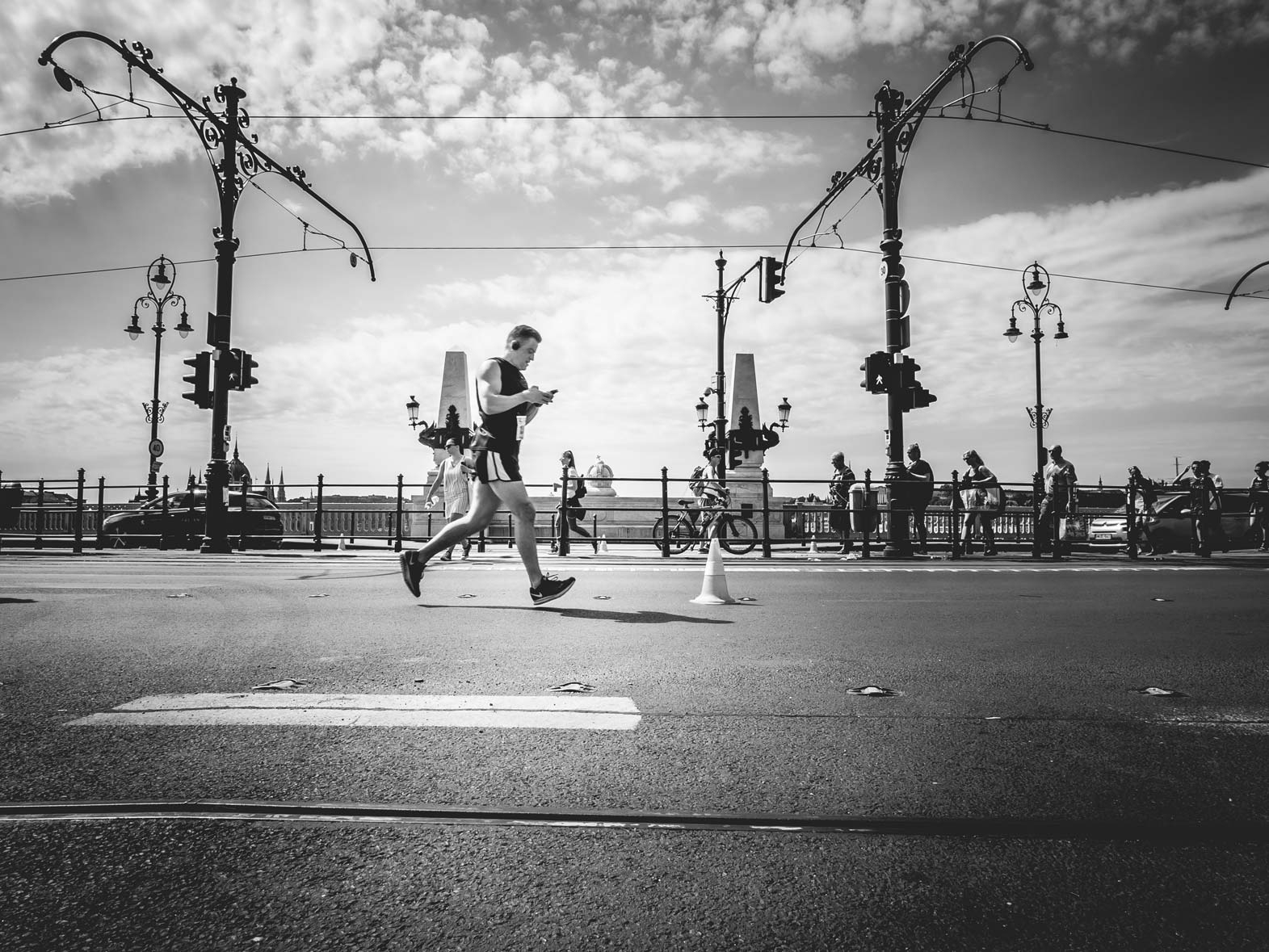 As a photographer, I stand directly behind the track of the trolleybuses and have the entire event in view. On my side a running event is taking place, on the other side of the road cars and motorcycles are driving. Exactly in my focus is a participant of this running event – his gaze directed at the mobile phone. But what is he doing? Is he checking his mails during the marathon? Or is he just writing his new girlfriend? His smile definitely points to something beautiful. It’s one of those impressions that makes the city itself always look alive and change every second.

Also for the organization it shows how much effort results in such a zone. Traffic lights, fences, tracks, hats and many other installations are part of this area and ensure a certain order. But the desired order is far away from the usual picture, as we are used to in Germany. It is like a planned chaos in which everyone keeps an overview. It is this clear chaos that from time to time overtaxes us tourists a little, but for the inhabitants of the city is nothing new.

It is a place that at the same time connects sport, people and traffic. Separated by a small fence that only functions as a symbolic border. As always, everyone seems to be introverted and hardly notices how much he or she really plays in the existing structures. More than half of the picture is dominated by the clouds and the sky over Budapest, which is almost comparable to the street due to the direct contrast. Big city against nature, freedom against everyday life.