One city, many sides. 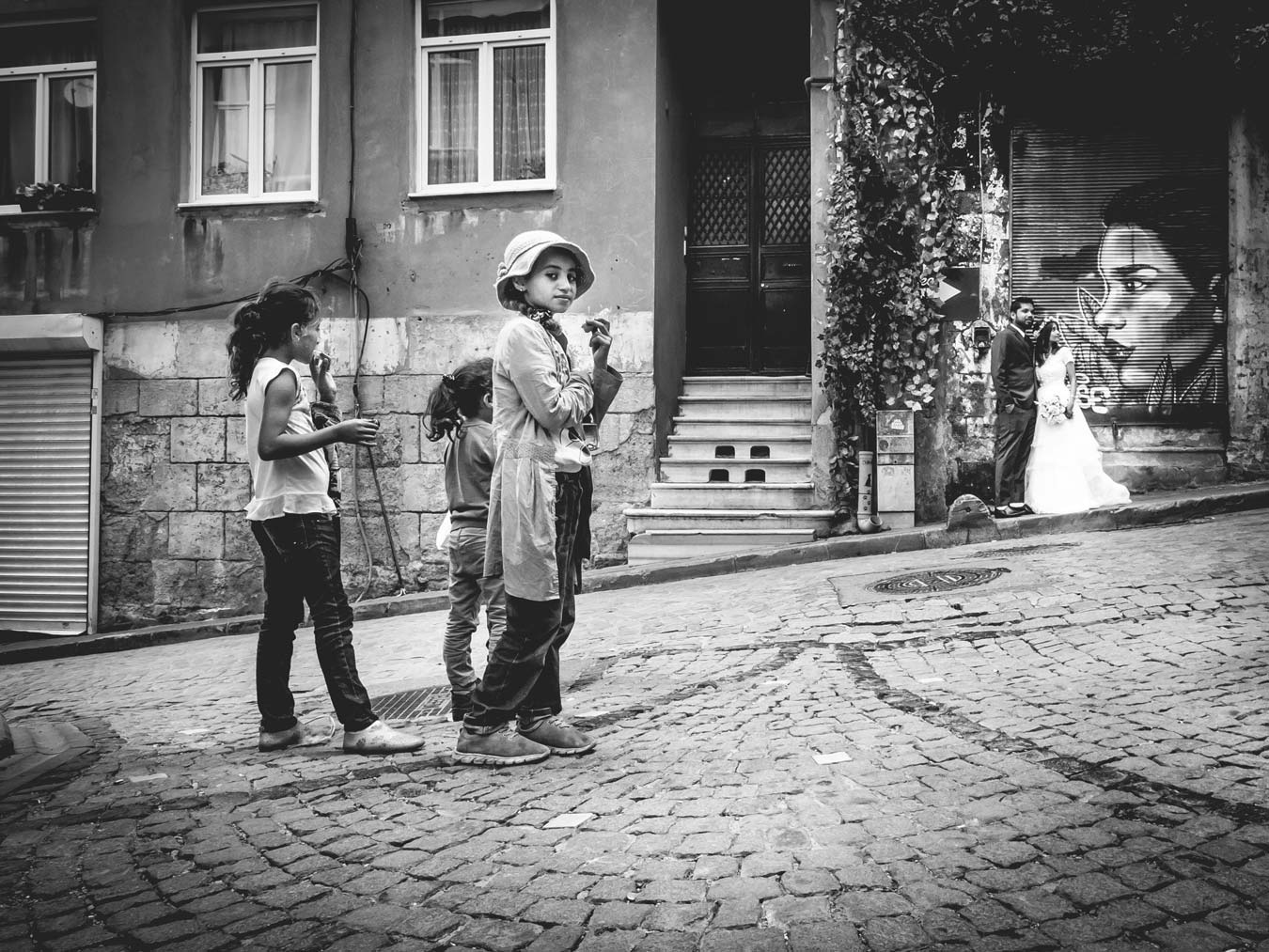 On the left side there are three children, the front one looks directly into the camera, the other two seem unimpressed. They all seem shy. What exactly are they doing? This is not immediately clear. The gaze of the two more distant girls leads up the street, a path with a steep ascent. The houses can only be reached from the street via the stairs.

On the right edge of the picture you can see a different side of the city. A young couple in love seems to have just gotten married. Standing in photo position, they become a successful motif several times over. They positioned themselves in front of a painted garage door, decorated with an impressively realistic face. This seems to look at the groom, but from the position of the wedding photo it looks quite different again.

All this takes place only about 10 meters away from the three girls, who thus become part of the action. On the one side there is the happy couple, on the other the fascinated children. What they think of remains unclear. However, the two girls behind seem to cast their eyes at the couple, completely unexcited and yet somehow tense. Maybe it’s the dream of their own big wedding, or the thought of their future.

For us as observers a clear contrast remains. The difference between the girls on the left and the couple on the right. The scenery seems to become an insignificant detail, hardly relevant for the whole impression. It is the city of differences, the city of scattered emotions and unexpected impulses. They are on the one hand the lucky ones and on the other hand those who could become so in the future.