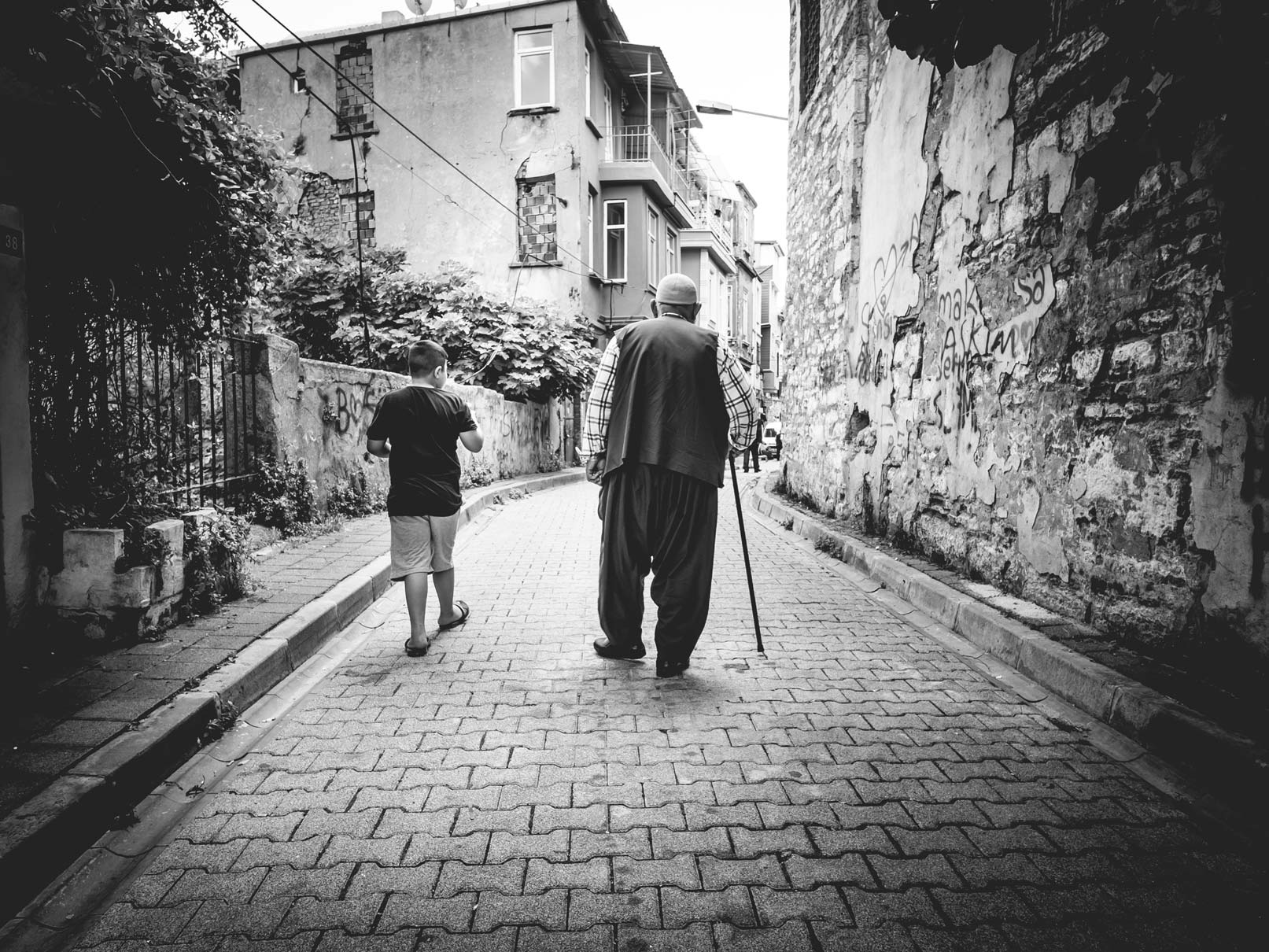 But where are the differences? This picture shows two people, an older man with a walking stick and a slightly smaller boy. They move along a paved, quite wide road. The street is bordered by old, brittle walls, decorated with street paintings and the signs of the times. On the other side there are bushes and trees that make this environment a closed circle.

Further along the street there are houses. Maybe the house where they live? The number of balconies indicates many small apartments. It is noticeable that some windows are blocked with stones. There, where in former times a glass pane was fastened, are now only stones. Nevertheless, the two people are unimpressed. It seems to be their daily way, unagitated and natural. At the end of the road there are more people, apparently the same distance already behind them.

Really a lot about people? Hardly recognizable. But somehow it fits into this atmosphere. It seems strange, but also familiar. I don’t know where the road leads. On my journey I met many people, different goals and different passions. But not always one look alone shows what is going on in people. In the photograph we see the two only from behind, but the moment already shows more than can be seen from the outside.

It is the story of an older man, since the first day in Turkey. Like the little boy, maybe the grandson? What separates the two is only age. We cannot judge feelings, thoughts and much more, but something seems to connect them. It is this magic that provides clarity from the beginning, an effective connection between two people. Where does it lie? I don’t know that either. But at least the way seems to connect young and old.