Contrasts of a beautiful city. 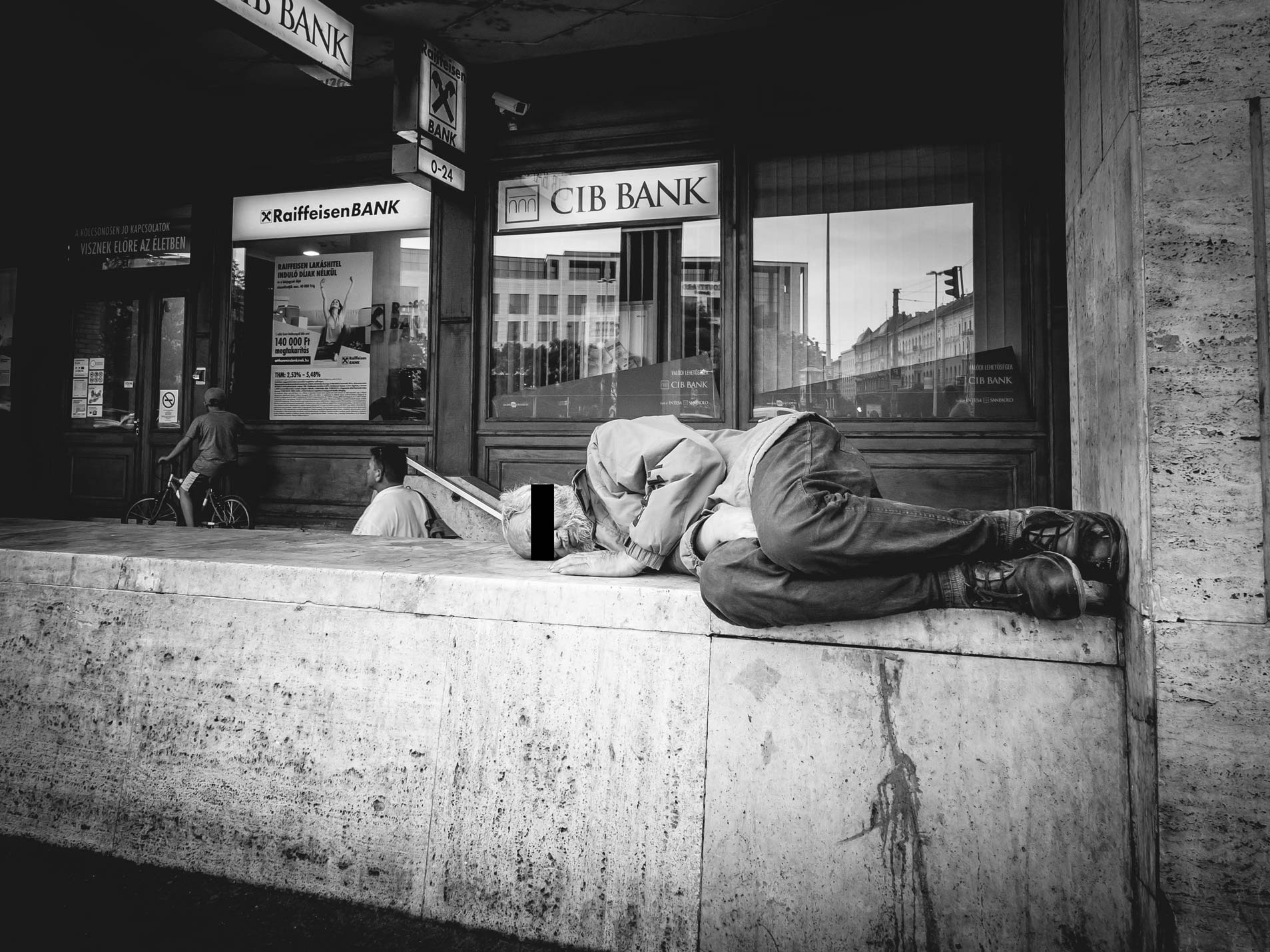 Beauty meets the many dark sides of the city, the daily events adapt themselves. In the centre lies an elderly man, directly on the worn stones. Homelessness is unfortunately part of everyday life in the city and for many people it is nothing special anymore. In the background you can see a little boy on a bike, looking through the shop windows. A young woman is also just coming out of the underpass. Attention for the sleeping man? Not at all!

Directly behind this is a bank branch, the exact contrast of the man’s life marked by poverty. He himself, apparently destitute, carrying all his possessions on his body, lies at the place of the money. The reflection of the business shows the traces of everyday life, a large street and many houses. A suitable sight looks different, but reality knows no fixed forms and patterns. The man, not necessarily a symbol of the city, but also no exception, is at least unimpressed and lives his life.

He is not the only one to do this. Actually every passer-by is completely uninvolved. As the creator of the picture, I almost feel a little strange, showing interest in people’s lives. Anonymity is apparently written in capital letters here, which is why at a glance one can clearly assume more than just the traces of poverty. Even if much in modern times is shaped by possessions and appearance, true humanity sits much deeper. It is not recognizable from the outside, but we always know that it exists.