A mountain of scrap. 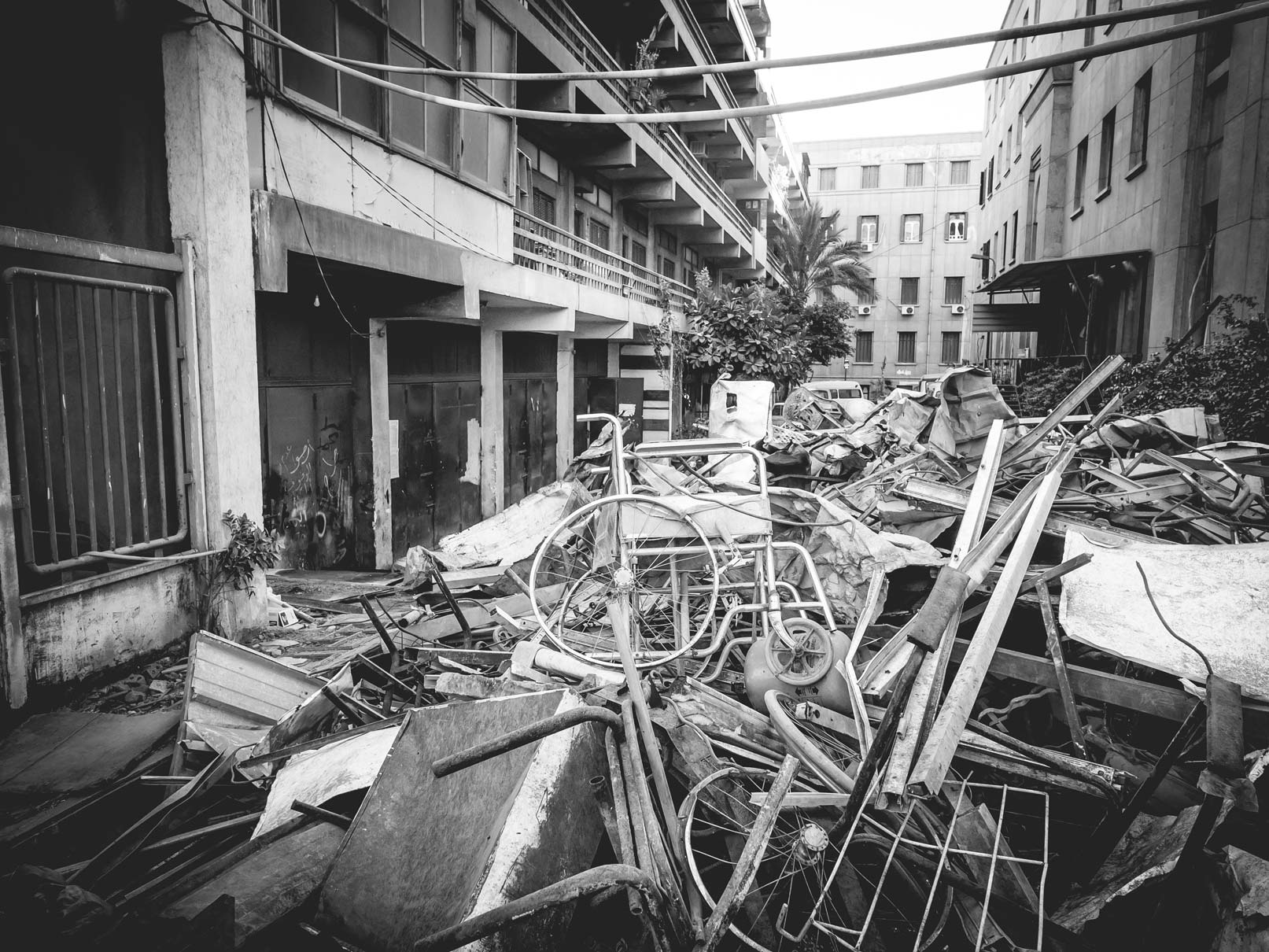 It isn’t really clear what exactly that is. But it seems like a big mountain that has evolved over time. From many individual parts and things that the locals put on it. Nobody seems to have any real control over it. Behind the front pile of individual parts there are many other places where the garbage was dumped. This is not pretty, but only a glance into the side streets opens our eyes and shows what is really going on in the city.

Without all the scrap the street would probably be quite nice. Also the houses make a good impression, which unfortunately gets pushed into the background due to the mountains in front and the dreary surroundings. Many of the windows are locked, the doors are covered with graffiti. It looks like an industrial area whose control has long since been abandoned. Like a place that develops more and more into a meaningless and deserted part of the city.

People are also missing. No one seems to care about this place, which is why the neglect seems particularly bad. Such a quiet atmosphere hardly fits this location and its effect. What I see is a large heap of individual parts that were once true a long time ago. They themselves were part of a helpful construction for the people, if not for the whole city. What remains of it today is a large pile of individual pieces of scrap. A mountain of stories and impressions that no one will ever hear again.