A life of contrasts? 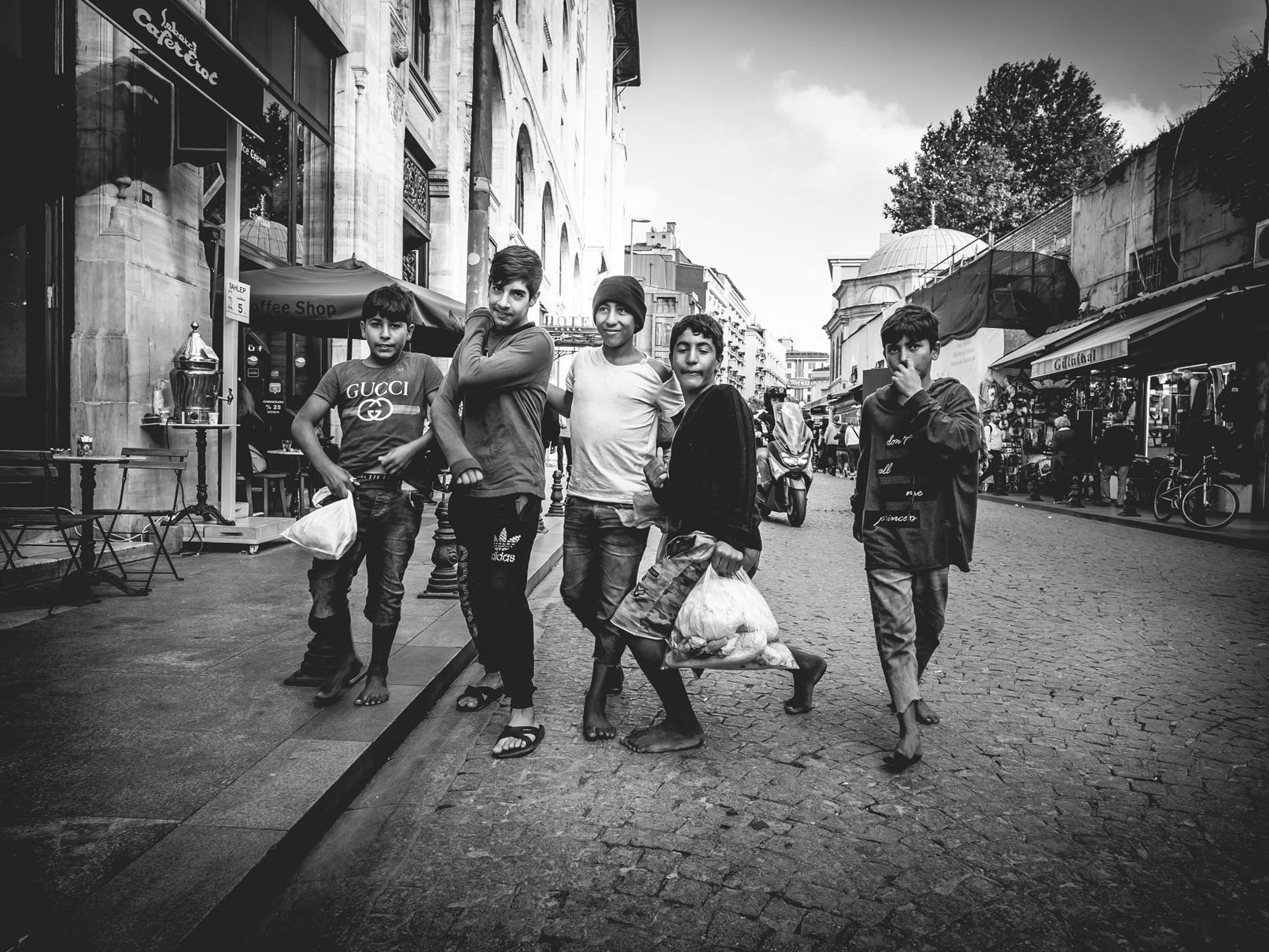 I met these street children at the Eminönü – a place near the Galata bridge. I wanted to photograph them secretly, but then they discovered me. Instead of being angry, they asked me to take some pictures of them. Be a star once for a short moment?

Despite happy faces, I’m not completely convinced. What is hidden behind the faces of these children? It looks like the sun after a thunderstorm, like the shine in a barren and repeating everyday life. To do justice to the impression of the city requires balance. Also of children, their appearance and their daily life. What lies behind this appearance can only be assumed.

But the boys don’t really seem to be doing well. Many of them don’t wear shoes and walk over the uneven and painful cobblestones. One of the boys then asked me if I could buy them something to eat and a dessert. They would just be hungry. That made me deeply sad. Children should grow up in a world full of wonder and joy – and not on the street. Many impressions only become really clear when you take a closer look, when you search for traces yourself. This is the only way to understand what lies behind the many facets of this magical city.